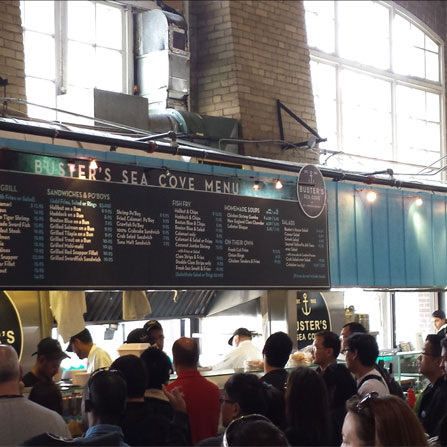 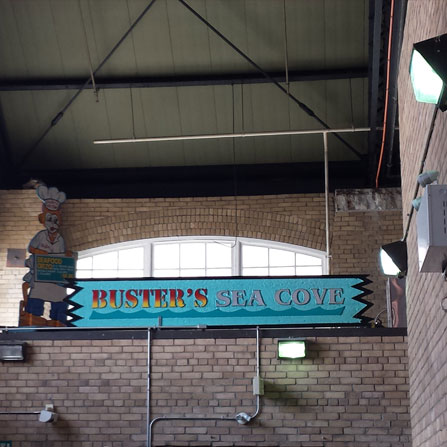 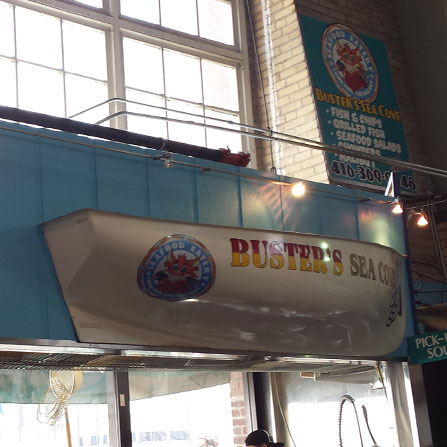 We were hired by Buster's Sea Cove in Toronto, Ontario, to repaint the surround and walls of his fish and chip shop in the St Lawrence Market, Toronto, ON. We were also contracted to remove the existing signage and either replace or move it to a different location. The painting was easy and we encountered no issues. It went from a faded blue to a nice modern blue, in keeping with his new branding efforts. The signage that was replaced went smoothly and looks fantastic. The old sign was to be placed higher up overlooking the market. This was especially tricky but with our collective experience and expertise it now has a new home. It serves as a nice reminder to Buster's Sea Coves origins. Another project done right by the best Toronto painters.